“So Abraham said to the oldest servant of his house, who ruled over all that he had, “Please, put your hand under my thigh, and I will make you swear by the Lord, the God of heaven and the God of the earth, that you will not take a wife for my son from the daughters of the Canaanites, among whom I dwell” (Genesis 24:2,3).

Although Abraham was to live another 35 years after this incident (Genesis 25:7, 20), he seems to have felt rather feeble at this time (v. 1). So, he authorized his servant, Eliezer to select a wife for Issac, who was already 40 years of age. In ancient times, as in the Orient today, parents selected marriage partners and made wedding arrangements for their children.

To place the hand under the thigh was an ancient custom that was carried out with a solemn oath. This practice was also mentioned again in ch. 47:29. In these two places, it is talking about a a promise to act faithfully after the death of the one to whom the promise was made, that is, to continue to keep the promise with the deceased’s children. In this case, the death of Abraham was not to release Eleazar, his servant, from this oath.

Bible commentators have different explanations about this custom. As the source of posterity (Gen. 35:11; 46:26; Ex. 1:5), the word “thigh” or “loins” has been understood to be the source of posterity. In this specific example, it was very important that Abraham’s children maintain marriages with like-minded believers as it is from his seed and future descendants that Christ, the promised Seed, was to come. Other explanations have interpreted the thigh as symbolic of lordship or authority, and the placing of the hand under it is considered an oath of allegiance to a superior in rank. 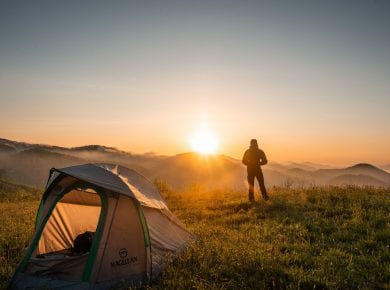 This answer is also available in: हिन्दीJesus ended the Sermon on the Mount by the words, “Therefore you shall be perfect, just as your Father in heaven is perfect” (Matthew…
View Answer 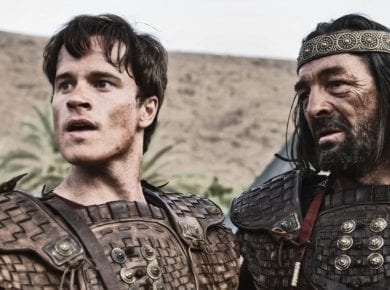 This answer is also available in: हिन्दीThere is such a vast difference between the godly Jonathan and his wicked father-King Saul. Jonathan had love for God and faith in His…
View Answer