Murder is defined as “the unlawful, premeditated killing of one human being by another.” The Lord does not give people the authority to destroy innocent human life. Destroying the life of the unborn person through abortion is considered murder. And the Lord commands, “You shall not murder” (Exodus 20:13) for life is sacred (Gen. 9:5, 6).

In fact, the Lord in Exodus 21:22-25 gives the death penalty for a person who causes the death of the unborn as for the adult who commits murder. “If men who are fighting hit a pregnant woman and she gives birth prematurely but there is no serious injury, the offender must be fined whatever the woman’s husband demands and the court allows. But if there is serious injury, you are to take life for life, eye for eye, tooth for tooth, hand for hand, foot for foot, burn for burn, wound for wound, bruise for bruise” (Exodus 21:22-25, NIV). The Bible condemns murder (Deuteronomy 5:17; Isaiah 1:21; Hosea 4:2; Matthew 5:21).

Scientifically speaking, human life begins at conception when an egg and a sperm unite to form a new being that possesses a new and different string of DNA (coded information, the blueprint for a new human). At this point, the genetic makeup of the individual is determined. This new person has the capacity of development and growth.

The scriptures teach that life begins at conception in the womb and that God takes an active role in creating it “You made all the delicate, inner parts of my body and knit me together in my mother’s womb. . . . You watched me as I was being formed in utter seclusion, as I was woven together in the dark of the womb” (Psalm 139:13, 15, NLT).  The Lord knows who every person is even before they are born (Jeremiah 1:5). And He sets some apart for His service before they are born (Galatians 1:15).

In the Bible, the unborn was called a baby even before he was born “When Elizabeth heard Mary’s greeting, the baby leaped in her womb, and Elizabeth was filled with the Holy Spirit…[saying] ‘As soon as the sound of your greeting reached my ears, the baby in my womb leaped for joy'” (Luke 1:41, 44, NIV); “While they were there, the time came for the baby to born, and she gave birth to her firstborn, a son” (Luke 2:6-7, NIV).

Because the fertilized egg is a living human, people have no right to tamper with it. Solomon the wisest man said about destroying innocent life, “These six things the Lord hates, yes, seven are an abomination to Him: A proud look, a lying tongue, hands that shed innocent blood…” (Proverbs 6:16-17). People rationalize killing the fertilized eggs saying it is not fully human when the only difference between the embryo and the adult is only time to develop.

Before the 1973 U.S. Supreme Court decision that legalized abortion, embryos were accepted as unborn persons. Today, the laws have changed and the unborn is no longer considered a human being. Sadly, people don’t realize that when they destroy the process of fetal development, they are actually destroying life. 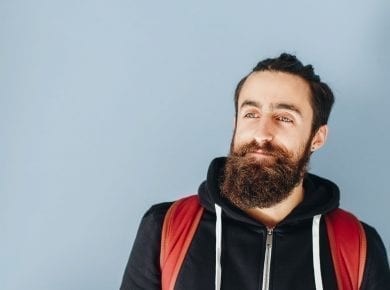 This answer is also available in: हिन्दीMen with beards, women with long hair – the Creator has naturally created men and women with obvious distinctive marks. Although Men and women…
View Answer 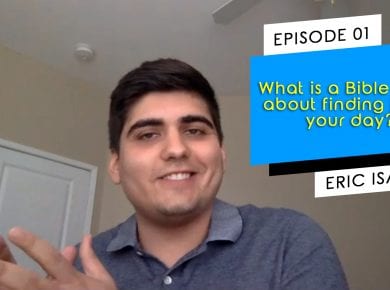 This answer is also available in: हिन्दी That’s a really good question. You know one of the verses that comes to my mind just as I think about being a…
View Answer