Exodus 20:12 – Honor your father and your mother, that your days may be long upon the land which the Lord your God is giving you.

When I ask people for their interpretation of the meaning of the second half of the fifth commandment, the most common response I get is that respect for elders translates into longevity.  The second most common response I get is a higher meaning pertaining to respect for our Heavenly Father and the gift of eternal life.  I think both of these are good answers.  But I would like to propose a third meaning in this commandment, especially as it could have been interpreted by the Israelites as they were about to enter into the land of Canaan.  This commandment has profound importance when looked at from the perspective of generational sin.

We have sayings such as “Like father like son” and “Like mother like daughter” to communicate the reality that we tend to pass our traits from generation to generation.  This is seen in the Biblical examples of the lineage of Cain as well as Abraham. In the case of Cain, the breaking of the sixth commandment was the dominant sin described in the Bible (Genesis 4:5-8).  Five generations after Cain this sin is demonstrated to have grown from father to son to the point where trivial offences resulted in murder at the hands of the hardened and boastful Lamech (Genesis 4:17-23).

Another poignant example of this is seen in the lineage of Abraham.  He had a problem with breaking the ninth commandment concerning lying.  Abraham lied to Pharaoh regarding his relationship with Sarah (Genesis 12:18-20), and the opportunity to witness to the kingdom of Egypt was lost by that generation.  Abraham lies also to the king of the Philistines (Genesis 20:2).  In the next generation, Isaac lies to the king of the same nation (Genesis 26:1-9).  Through the influence of Rebekah, whose family was also guilty of breaking the ninth commandment, Jacob proved to be a liar also (Genesis 27:5-19).  This sin of deceit kept rearing its ugly head from generation to generation.

What happens when commandment number five is broken?  Consider the story of Noah and his son Ham.  The only thing we are told about Ham as a person is an unfortunate interaction he had with his father in which he showed disrespect (Genesis 9:22-24).  His brothers were careful in how they honored their compromised father and they went in backward to cover him.  Surprisingly, when Noah knew what had happened, he pronounces a curse on Canaan, one of the sons of Ham and most likely the youngest.  Why was this done?  Canaan is especially important in the passage, as multiple times Ham is mentioned specifically in terms of his relationship to this son, as in “Ham the father of Canaan” (Genesis 9:19, 22).  Canaan was to be a servant-slave to the descendants of Shem and Japheth (Genesis 9:25-27), but why does this happen to him based on his father’s action?

The answer to this, I believe, can be seen in the lens of commandment number five and the genealogy of Ham.  In the lineage of Ham (Genesis 10:6-20) we find that from him come the Egyptians (Mizraim), the Canaanites, Assyrians, Babylonians, Sodom and Gomorrah and the Philistines.  With the exception of the descendants of Esau, Ishmael and Lot, the major people groups found in conflict with God’s faithful people in the Old Testament record come from Ham’s lineage.  This is no coincidence.  And why did the Canaanite people in particular become a population after the flood requiring a judgment of extermination?

I believe that of the four sons of Ham, Canaan was most like his father or may have further magnified the trait of Ham in the dishonoring of his parents.  As a consequence, Canaan and his brothers produced nations that rapidly turned away from and opposed God.  The religion that should have been handed down from father to son was lost through this disrespect, and these peoples soon projected this sinful trait against the Heavenly Father.

In the prophecy of Noah, the descendants of Canaan were seen prophetically to be made subject to the other peoples of the earth.  In ancient times, a person may have become a slave through financial straits, crime or birth.  But the most pervasive way that someone became a slave was through defeat in raids and war.  This brings us back to the Israelite people whom Moses was first writing to.  Moses is telling them that they will fulfill the prophecy of Noah.  They were to conquer the land of Canaan through war with the power of God, thus making the surviving Canaanites servants (1 Kings 9:20-22; Joshua 16:9-10; Joshua 9:17-27).  The Canaanites, descendants of Ham and recipients of Noah’s curse, were to lose the land as a judgement by God for their sins which were the outcome of breaking the fifth commandment.

As God is giving the land to Israel, He cautions them to beware of committing the same sin so that they won’t lose the land through the mechanism that led to the Canaanite downfall.  This is seen in what God commands them, “Honor your father and your mother, that your days may be long upon the land which the Lord your God is giving you.”

But did Israel heed this and were they faithful?  The Bible record tells us that corporately they did not (Isaiah 3:4-5).  And so, it was just as Israel was about to be taken into Babylonian captivity and lose the land, God points out to His people the family of the Rechabites (Jeremiah 35).  The children in this family honored an oath to their father to never touch wine.  When Jeremiah put wine before them, they refused to partake because of their oath.  The prophet then contrasts this with the unfaithful behavior of Israel to their Heavenly Father and affirms their servitude to Babylon.

Despite Israel’s unfaithfulness, God eventually brings them back from Babylonian captivity with the same conditional terms.  If they will let Him, “…He will turn the hearts of the fathers to the children, and the hearts of the children to their fathers, lest I come and strike the earth with a curse” (Malachi 4:6).  The Lord is calling His people to honoring the family structure.  The essence of this conditional restoration is based on honoring the fifth commandment.

Was Israel receptive to this work in their hearts?  During the ministry of Christ, the tradition of devoting property by Corban is exposed (Mark 7:11-13).  Jesus demonstrates that this practice was in direct violation of the fifth commandment.  The Israelite nation had not learned to submit to God and allow Him to work in their hearts.  As a consequence, we see that they lost the land.

The importance of the fifth commandment is all the more sobering when we consider our current generation.  We live in an age where the dishonoring of parents is pervasive and even praised.  It is therefore no wonder that with astonishing speed, atheism has flourished, sexual sins have become accepted and praised and rebellion is on the rise.

Yet the Lord’s desire and promise of blessing is before us.  “…if My people who are called by My name will humble themselves, and pray and seek My face, and turn from their wicked ways, then I will hear from heaven, and will forgive their sin and heal their land” (2 Chronicles 7:14).  We need to understand the importance of the fifth commandment and allow God to work in our hearts, so that our days may be long in the land which the Lord our God will give unto us (Daniel 7:27). 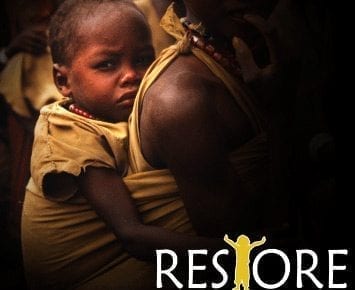 A lot of discussion and debate can be made on what true religion is. Inspiration? Works? Grace? Belief? Faith? Yet one of the direct and simple definitions given by the… 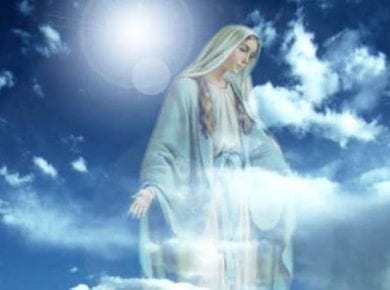 Pope highlights Mary’s role as ‘woman of the apocalypse’ By Benjamin Mann CatholicNewsAgency.com   “What is the meaning of this image? It represents the Church and Our Lady at the…